If you want, maybe not

a struggle
for harmony
in a space
tainted by
disharmony

If you want, maybe not is an immersive dance production, whereby 10 performers draw the audience further into a troublesome world, tainted by suspicion, friction and ambiguity. Driven by a retro soundtrack, the viewer is invited into an intimate experience of the unfolding struggles.

Deviating from a traditional performance setting, the audience are guided through a pathway within the space, whereby a number of miniature episodes appear, each with their own nuanced flavour of confrontational interactions.

Created by and with:

This performance is made with an audience of young people and adults in mind. As If you want, maybe not unravels, the viewer is sure to be moved by this visually striking, surprisingly touching dance work. 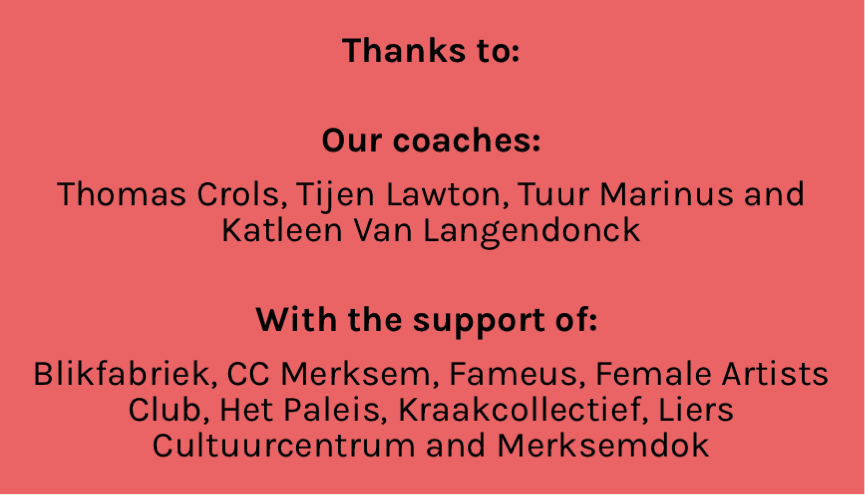 Created during a time of mandatory ‘physical distancing’, wherein our freedom of movement is limited for a greater cause, SIDEWARDS developed the wish to research the ambiguous topic of boundaries. SIDEWARDS noticed that emotional boundaries specifically, can often originate from a form of conflict, whether that be a conflict of interests, within yourself or between people, conflict can create real borders between humans. This piece explores how these various struggles can affect the space between bodies but also how that struggle is often in the hope of finding harmony with one another again.

How does it feel

And you’ve laid your hands upon me

And told me who you are?

I thought I was mistaken

And I thought I heard your words

Tell me now, how do I feel?